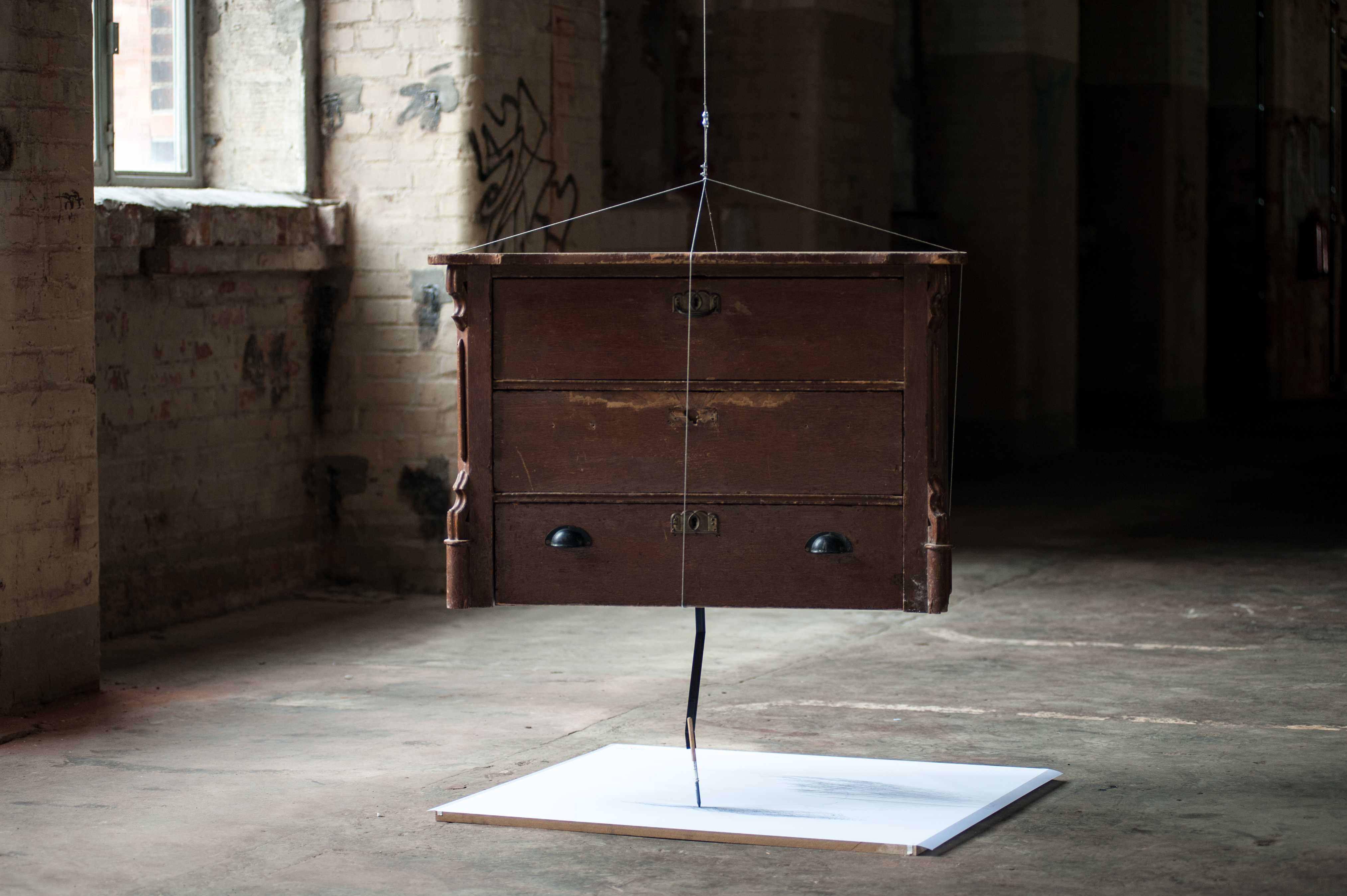 Histories and biographies grow through discussions across tables, while people sit on chairs and as they pass by objects in their environment. Things, Witnesses! – also called Amanuensis – is a project about these silent witnesses to history. It is a kinetic installation where inanimate objects move, with a pencil. Visitors trigger motion detectors, indirectly causing the suspended objects to oscillate independently, and to make markings on large palettes on the floor.

The first installation of Things Witnesses! was in the divided city of Nicosia, where the old (pre-1974) objects were likely witnesses to inter-communal, political conflict in Cyprus. I mixed 24 objects borrowed from Turkish Cypriots and Greek Cypriots, each of which drew differently over the course of the exhibition. The installation implies that alternate stories are embedded in objects and questions the uniqueness of personal witness and memory – here is how Charlène Dinhut explains it. The first exhibition was made possible through the Nicosia Municipal Art Centre Associated with the Pierides Foundation. Sounds of Love and Loss is a sonic work made from this installation.

Since 2009 I have adapted the installation to other places, Leipzig and Moscow – featuring furniture dating from critical periods of time, borrowed from particular communities in conflict. The drawings produced during the installations have been exhibited separately, and are part of international public and private collections. In 2011 this work was selected for the national representation of Cyprus in the 54th Venice Biennale of Art.