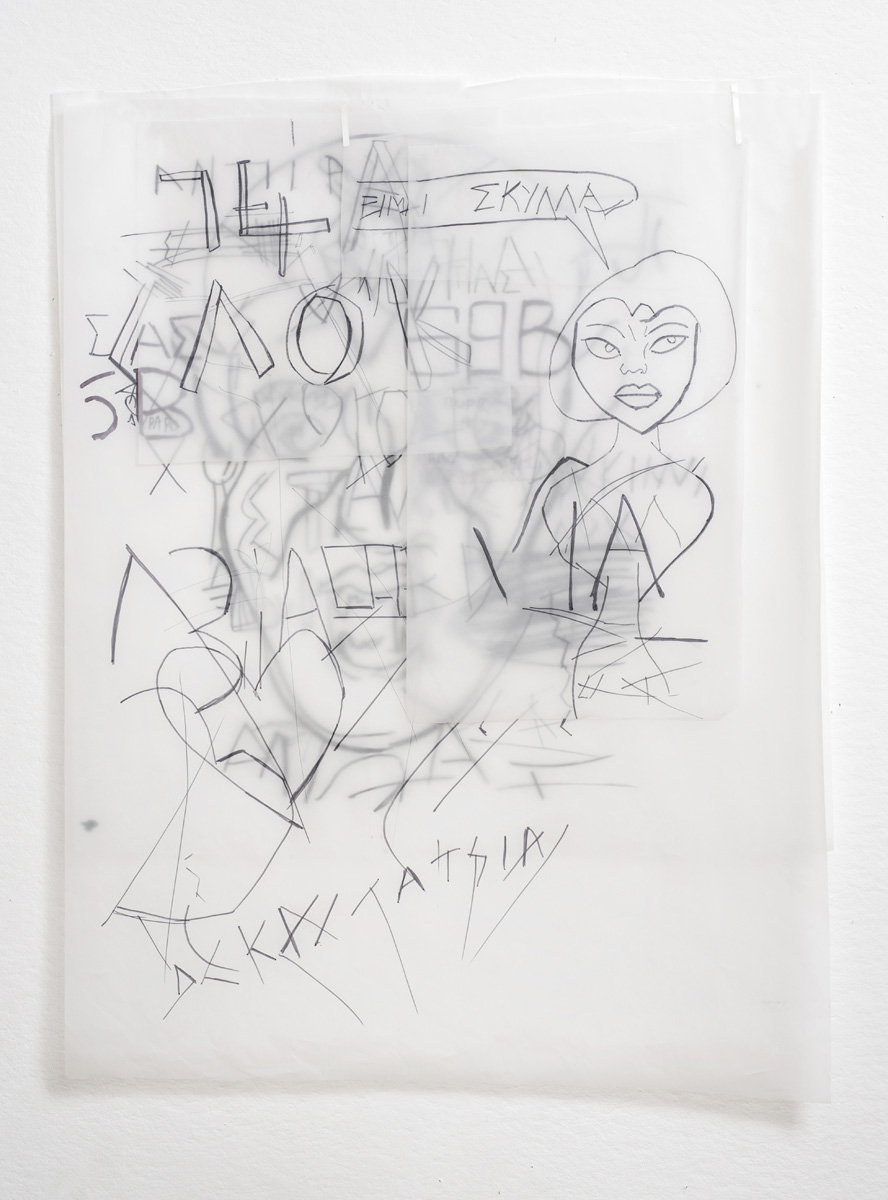 In History, Sideways the past is represented in a palimpsest of scratched graffiti that I found and copied from different places and periods of time in Cyprus. Most of these inscriptions had not been recorded before and some no longer exist, so the process of finding is an essential part of my process. I have been recording inscribed graffiti in Cyprus since 1997.

The installation History, Sideways is a commission from the European Central Bank in Frankfurt for the main building’s common area, created for the exhibition “Contemporary Art in Cyprus” in 2017. In it, panels of Perspex were made to fit the existing concrete columns. They are inscribed from both sides with historical graffiti images, found in Cyprus and dating from the 16th through 20th centuries.