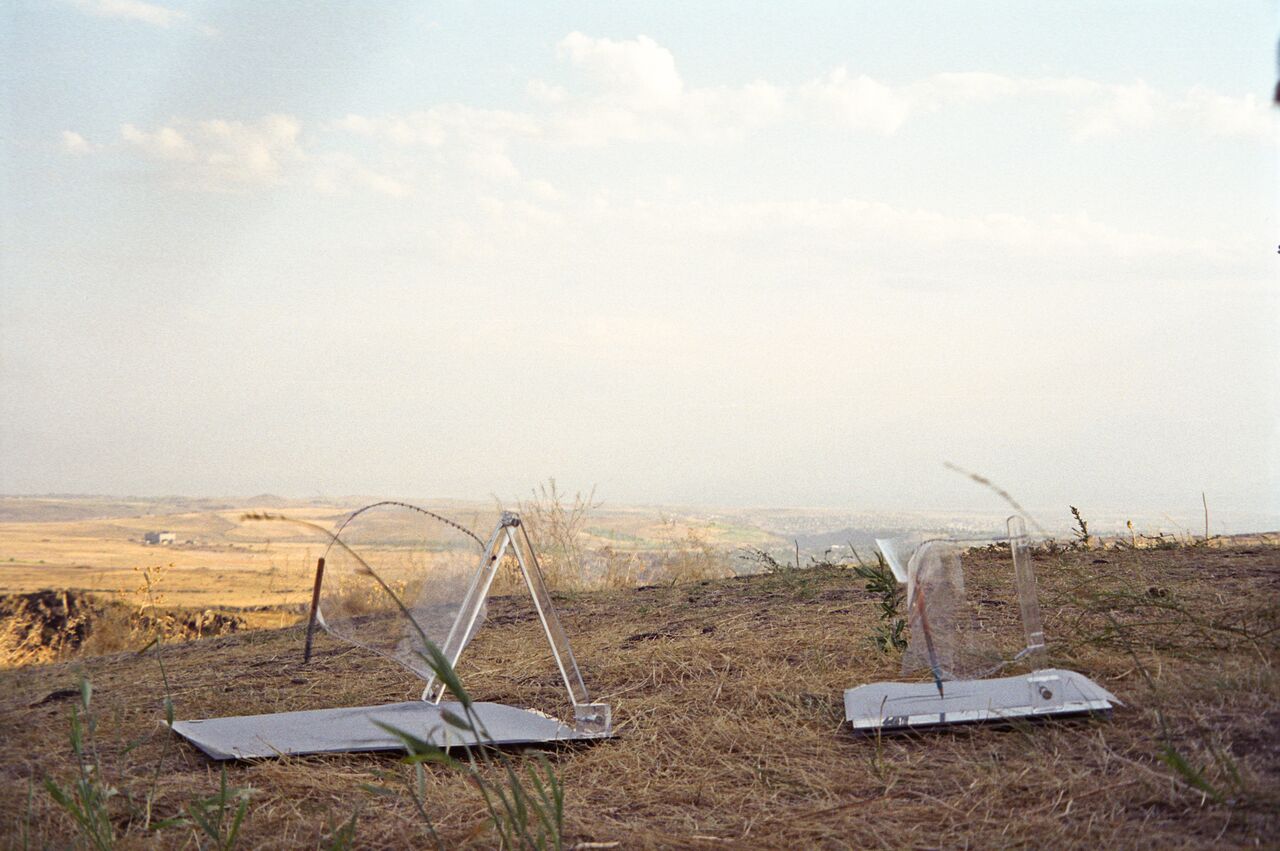 The messagefield project is a drawing / performance / installation, using apparatuses specifically designed to produce markings from the movement of wind, water or a tree. I made the first wind apparatuses for the Sixth International Armenian Biennale in 2002. I thought, what if I could “catch” messages coming over the shoulders of Mt. Ararat (now Turkey) into modern Armenia?

After Armenia, the messagefield project performances took place through 2006 in notable locations (on the Bosphorus, Mt. Denali, the Acropolis); at socially meaningful times (the day Johnny Cash died, during the birth of a child); and for the duration of meteorological and lunar phases (lunar eclipses, hurricanes). They also suggest alternative ways to describe liminal areas of both temporal and spatial reckoning (tidal zones, contested political areas and year transitions).

Selections from the messagefield project were shown in the Cyprus Pavilion at the 54th Venice Biennale (2011), and inspired the poem, ‘Occlusionary’ by Julia Bloch (Valley Fever, 2015 Sidebrow Books).