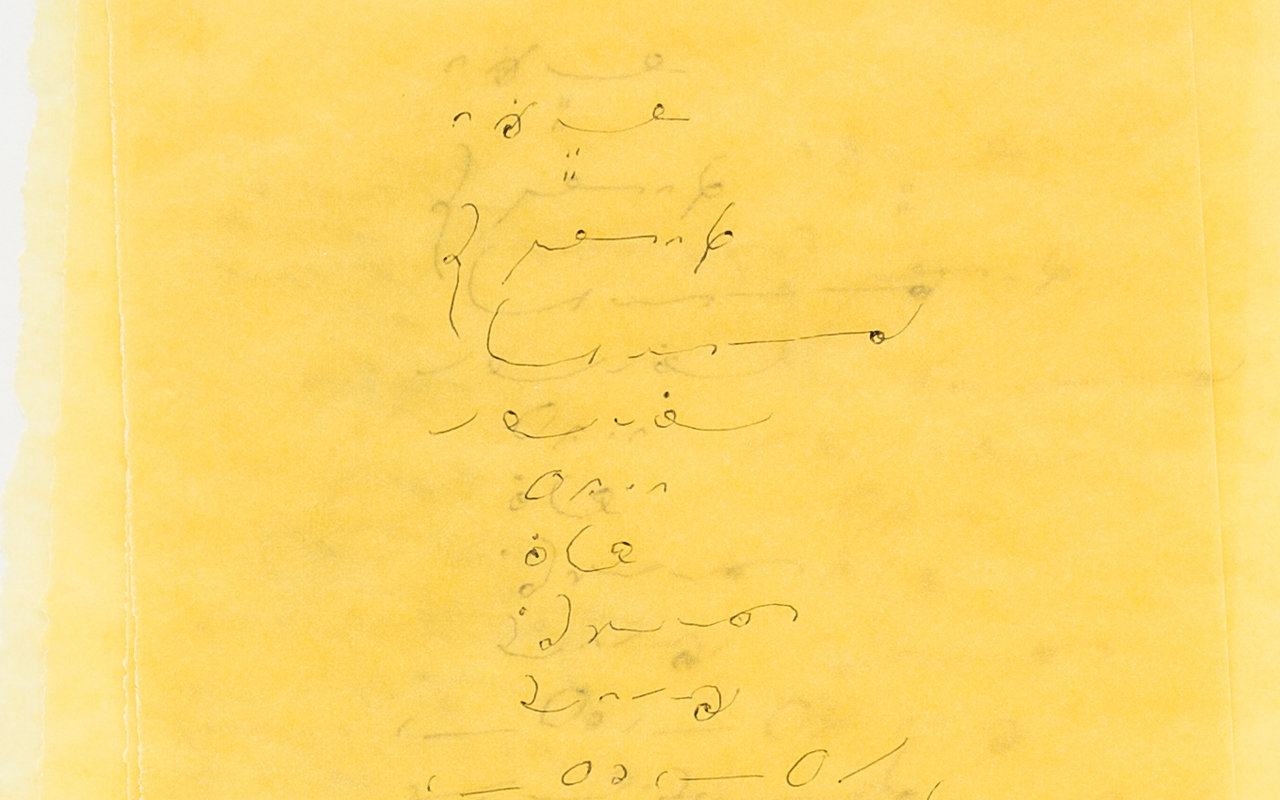 These works specifically overlap drawing and writing and blur the boundaries in between. Through repetition and copying (tracing), they are plays on authenticity and experiments with the look of speed. As a child, I saw my grandmother’s household notes in stenography which I understood as her private script. Her notes came to mind again after a friend gave me an old tutorial for Gregg shorthand – a phonetic speed script. In the book the tutor explicitly says that shorthand is not drawing, but these layered images are made from gaining speed in stenography.

What do they say? They are old school hip hop lyrics from the early 1980s, when stenography was going out of style and hip hop was on the rise. They had some things in common: speed, accuracy, personal style, and critical relationships to gender and power.

The works on Perspex selected here also deal with repetition and copying. They were for the exhibition, ’Fusiform Gyrus’ at Lisson Gallery, London 2013.