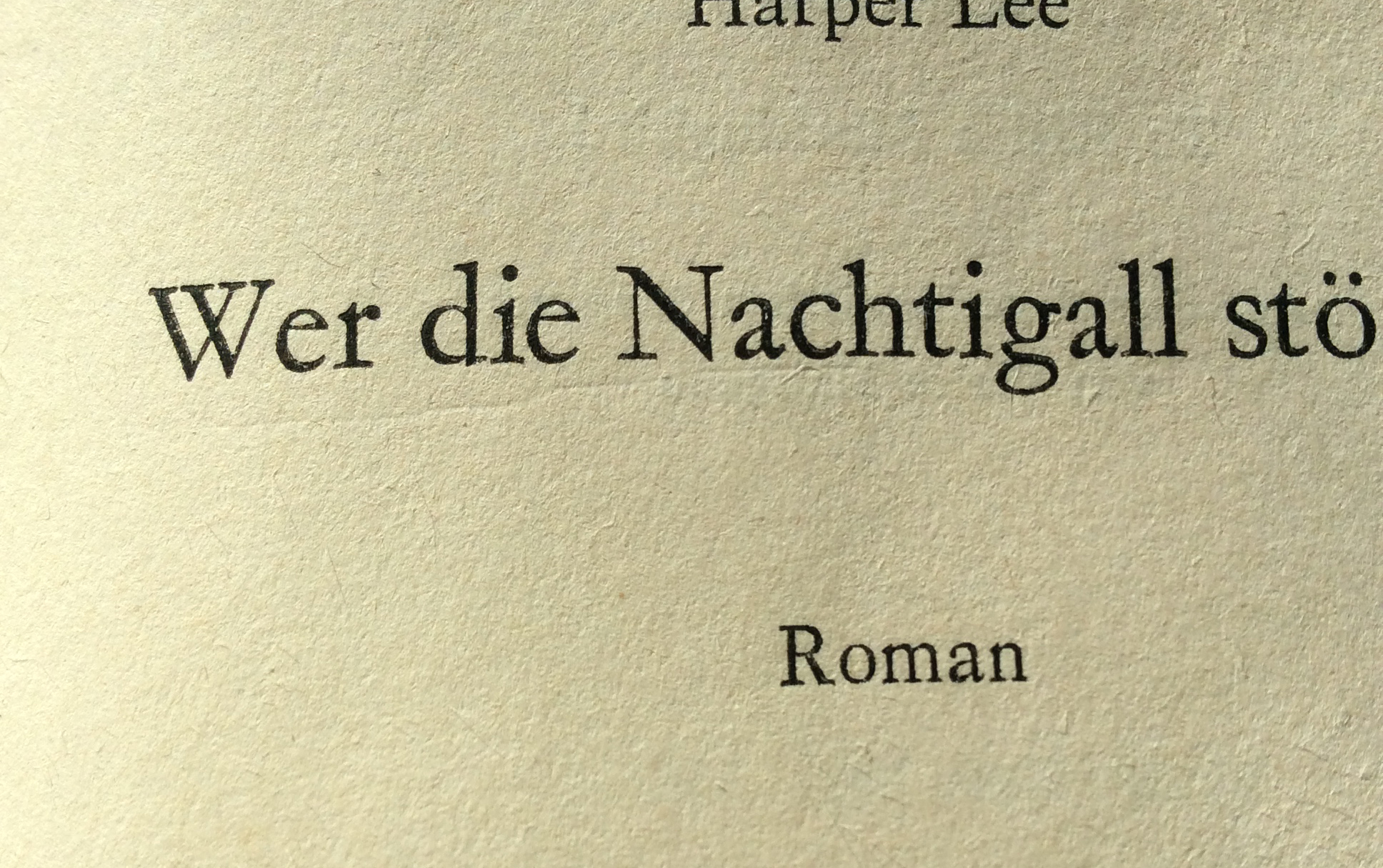 This artist book is an exact reproduction of one 1969 German edition of To Kill a Mockingbird (Wer die Nachtigall Stört). I found it in the former central Stasi remand prison in Berlin. Inside, there is a meta-text of phrases that inmates underlined with their fingernails, and markings by Stasi wardens and other officials who stamped, redacted and repaired the original. The limited edition printing is a collaboration with the many anonymous prisoners and their captors, reproduced with permission from the Estate of Harper Lee, Rowolt Verlag Publishers and in cooperation with the Gedenkstätte Berlin-Hohenschönhausen.

Inmates singled out ideas about prejudice, freedom and injustice. They read To Kill a Mockingbird while under total surveillance and waiting for interrogation. Later, Stasi monitors left soft pencil strokes in the margins, to point out the underlinings. They also tore some of the pages out. Many institutional stamps, aged cellophane tape and golden glue stripes, cigarette burns, and other leavings attest to what the book witnessed in human hands, and in lives at this secret prison. This book and others were rewards during Stasi interrogations, loaned library-style and signed out to prison cells, not prisoners. According to the library card, the copy of Wer die Nachtigall Stört was read at least thirty times between 1982 and 1989.

Civilian secret policing, suspicion, surveillance and interrogation are hallmarks of the last years of the GDR, and so are false trials, misjudgement and twisted perceptions of intent. These conditions also turn the events in Harper Lee’s novel, albeit in a different time and context. I recently learned that the Stasi allowed prisoners to read To Kill a Mockingbird because it exposes crucial weaknesses in the West: prejudice and racial injustice. As an altered book, this stands as a counter narrative to the appearance of justice in the GDR.

I worked closely with Vanessa Adler, the publisher of Argobooks (Berlin) to reprint the original at bibliophile standards. We also designed a Kickstarter campaign together to fund the project. This was during the American protests in the summer of 2020, a time when the topics of race and the miscarriage of justice were brought into stark light. The 200 copies are possible thanks to our Kickstarter supporters, and Konstantine “Fox” Bardash (illustration), and Sicilia Shine (video), and – essentially – to the anonymous individuals who transformed this book.

A conversation with Prof. Dr. Knut Ebeling, Kunsthochschule Weißensee, November 6 2020. Sponsored by the DAIS and US Embassy in Berlin.