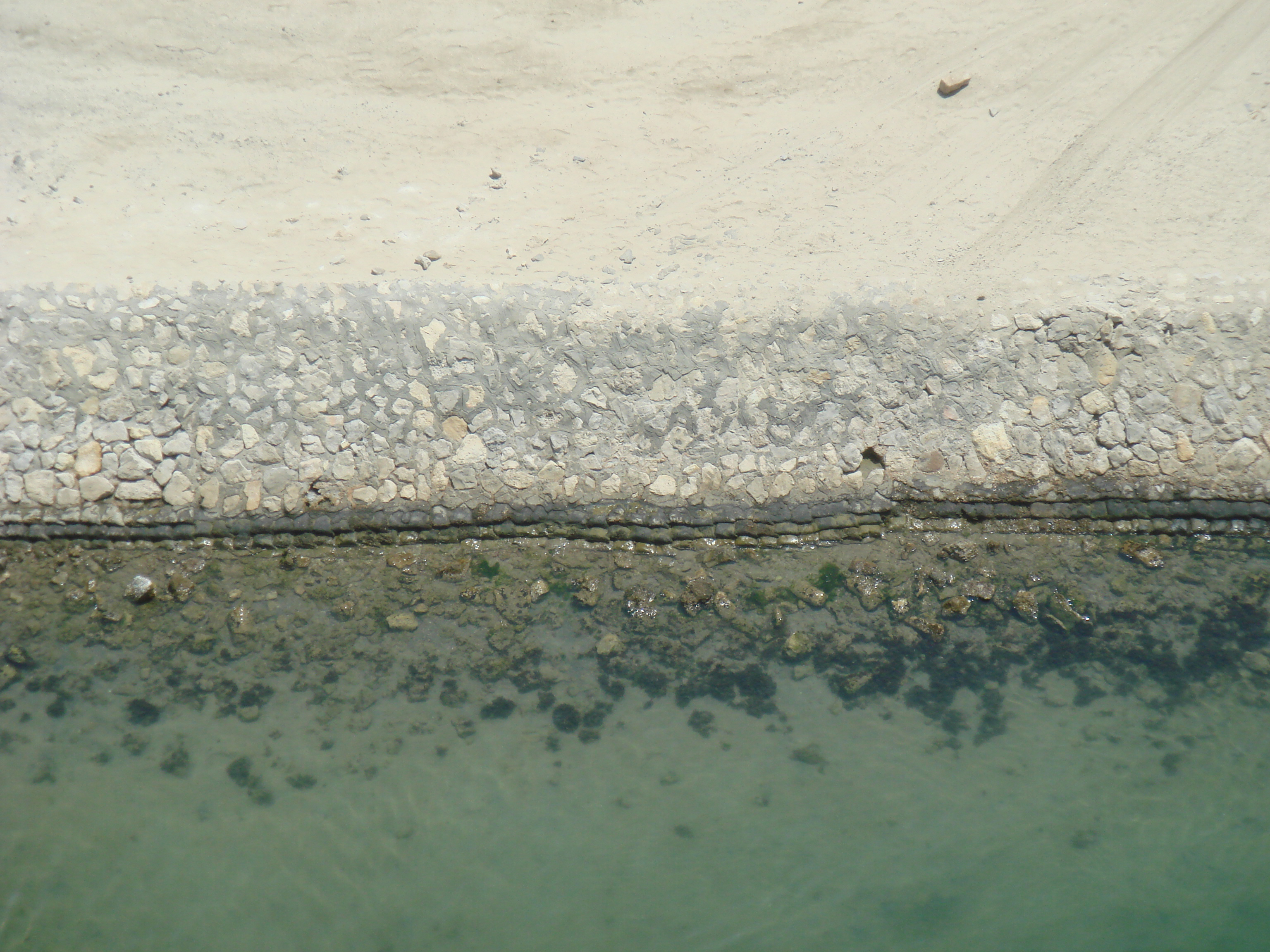 Stone re-use is a uniting theme in several of my visual and written works. I explore how stones incorporate economic, political and emotional aspects of societies while being elements of interiors and exteriors – both separating, and sheltering or uniting. The projects began with some Cypriot lore: In the 19th century Mediaeval and Classical monuments of Cyprus were plundered for stone, which was then used for building the Suez Canal. The fate of that historical architecture rested on the shifting, often personal values placed on ancient stone – and the “Stones of the Suez Canal” project explores this, in illustrated artist talks, publications, and installation. The installation, “The Middle Way” takes the plundered silhouettes of Cyprus as a visual metaphor for the transactions that created the Suez Canal. Part of my research was to cross the canal onboard the COSCO Vancouver in 2007, looking for the lost stones of Cyprus. The image above shows the cobbled embankment at el Ballah bypass.

Another work explores the political migration of stones in the Venetian fortification walls around the city of Nicosia, Cyprus. In the late 16th c, the Venetians in Cyprus had to build stone ramparts to defend themselves from Ottoman invaders. Pressed for time and resources, the stones came from the demolition of regional homes and churches and as substantial as the walls are, they still did not prevent full-scale slaughter. The projection, “A Wall is Made of Other Walls / A Wall is a Quarry” (2012 / 2016) is about how private spaces were torn apart in order to defend a city. It is about how, three or four hundred years later, small-scale poaching attests to the stones’ return migration to domestic spaces.

The extreme case of inverted social purpose in material reuse is in the remains of the Berlin Wall. The video installation “X and Y to Z” (2016) is about how slabs of the Berlin Wall were crushed, and re-used in the road bed for the Ostsee Highway, connecting Rostock to Wismar. Construction began just after reunification in 1992, changing the material’s purpose from division to connection. Find a clip of the video here.